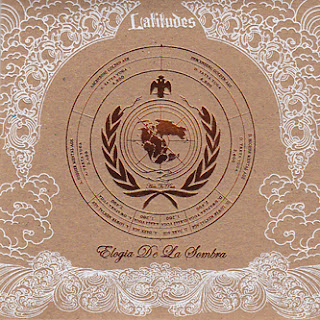 From the Bottom of an Old Grandfather Clock - Bill Fay [2004] 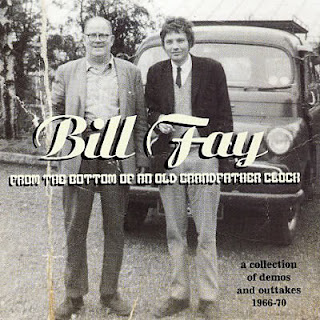 Pitched at aficionado and initiate alike. Stripped of eponymous debut's over-ripe arrangements and spared the strung-out paranoia of follow up Time of the ﻿Last Persecution [1971], the songs glimmer through the dust. Frayed around the edges, sure, but what darkling beauty... Gilbert O'Sullivan on downers anyone? About half the numbers appear on neither officially released albums and constitute fine additions to the canon. Plain. And simple.
This collection should have all right-minded listeners checking the studio albums. Enjoy.
Oddi wrth y brawd
sing us one of your songs, bill 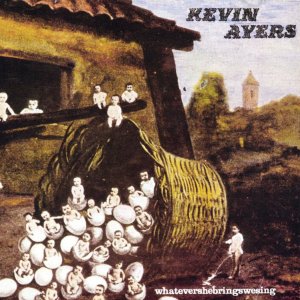 Lazy, lysergically charming Kevin Ayers. Underachiever par excellence but not today, not here. Deceptive opener comes on like a bass and orchestra driven out-take from Histoire de Melody Nelson: thrilling and unrepesentative. Did the moolah run out? Anyways, thereafter expect freaked out ditties, skew whiff music hall and nothing less than all round cracked pop genius. Much talk of getting high peaking with ridiculously catchy Stranger in Blue Suede Shoes (message: get greed-heads to spliff up; error of capitalist ways exposed; world better place).  Keen eye for the ladies too.
Oddi wrth y brawd
bugger in hawaiian shirt
Posted by Y Brawd at 5:12 AM 6 comments 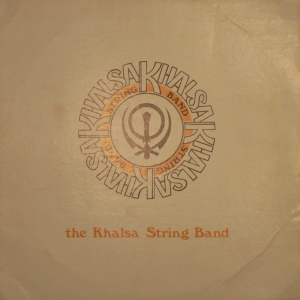 Post-60s, post-acid, the Khalsa people, like the Quintessence crew in UK, get high on full blown love affair with God. Sikhism is the KSB alternative spirituality of choice but happily - hippily? - take a broad brush to paint their rainbow:

Nice dream. Nice music too. All the better for sticking to guitar, bass, drums, flute and piano rather than essay some tabla sitar-psych freakout. Vinyl rip flutter adds to the period charm. So, put aside cynicism and be upstanding for righteousness, sunshine and play.

Email ThisBlogThis!Share to TwitterShare to FacebookShare to Pinterest
Labels: folk US, naive 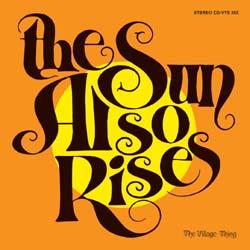 True period piece. Naively sitting somewhere between Incredible String Band and Dr Strangely Strange: Cardiff's own acid folk husband and wife duo Graham and Anne Hemingway (spot the not so private joke on surname). At the time Sounds wrote: "One of the most refreshingly original albums of the year".  Refreshing? Bien sur. Original? It matters not. Herein find buckets of wide-eyed charm, and full deployment of familiar psych folk tools of trade: dulcimer, glockenspiel and bells. Kazoo outro on first track sure sign of a winner. 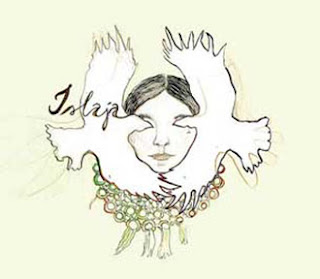 Snork Maiden Islaja (or Merja Kokkonen) trades in intimate, experimental world psych folk of exceptional proportions. Drawing on an array of esoteric instruments and electronic textures to create harmonic space transcendental and magical.  Doyenne of phenomenal Fonal label and known to knock about with Kemialliset Ystävät. 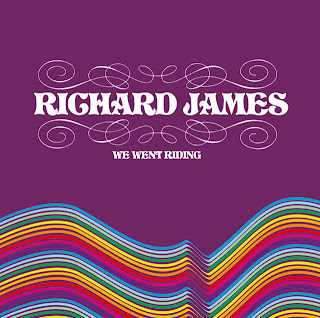 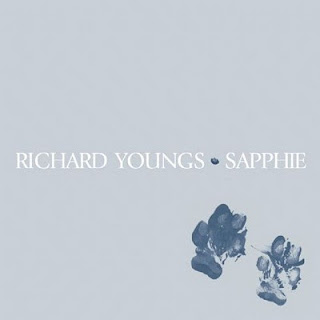 Three long pieces intimately for nylon-stringed guitar and voice. One man's fertile repetition; another woman's goes on a bit. Youngs abandons avant garde impulse to the extent that plaintive vocals conjure up semi-namesake Neil Young in extended eco-lament mode.   Floats on and on over hypnotic arpeggios contemplating memory, nostalgia and loss. Songs unfold, stretch and breath in the silences. Beautiful and, given the chance, quietly obsessive.

Oddi wrth y brawd
a fullness of light in your soul 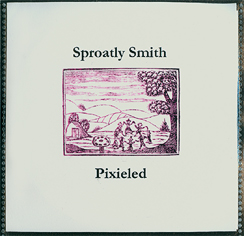 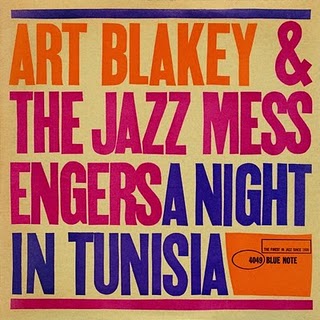 Occasional thrills for people who don't like jazz. Possibly the most exciting version of Dizzy Gillespie's A Night in Tunisia commited to vinyl. Vinyl? This is the remastered 2004 CD edition. Scorching Jazz Messenger line-up boasts Wayne Shorter on tenor sax and Lee Morgan on trumpet (listen for spontaneous "damn" call out during Morgan's title track solo.) Fun, vigor and immaculate Art Blakey beat. Other tracks pretty classy too.

(Y brawd sends out Mabrouk to Tunisian friends and colleagues. The thugs have had their day.)

Email ThisBlogThis!Share to TwitterShare to FacebookShare to Pinterest
Labels: jazz 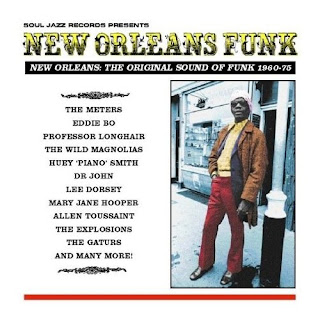 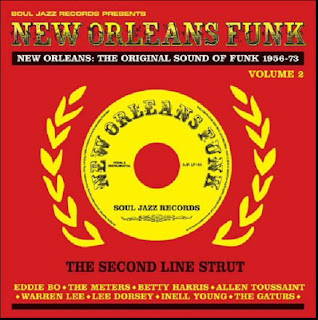 Grooving soul, funk, r'n'b gumbo. Pumping horns, swing skanking guitar and above all some incredible breaks and beats: check James Black's patented falling down the stairs but keeping shit together breaks on Hook and Sling.  Mind-blowingly good music. Do yourself a favour.
oddi wrth y brawd
new
orleans
Posted by Y Brawd at 11:09 AM 6 comments 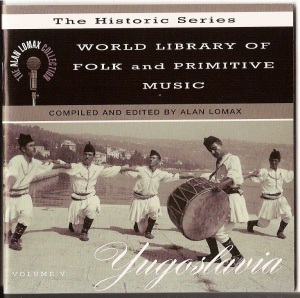 1951 and Yugoslavian communist regime green-lights folk festival of premiere village musicians from across what we call Croatia, Slovenia, Macedonia, Montenegro, Bosnia-Herzegovina and Serbia to celebrate folk culture and promote a single national identity. Faced with the stunning, otherworldy diversity of sounds presented across these two CDs the enterprise was, in ideological terms, doomed to failure. Later sad events cast their own comment on the wider agenda.

Politics aside, these recordings offer a unique window upon a strange other country. An east-west interzone of vaguest provenance; weird, compelling and grounded in rich untouchable tradition. Dances, ballads, choirs, tamburica players and multifarious unknowable others.

Email ThisBlogThis!Share to TwitterShare to FacebookShare to Pinterest
Labels: folk 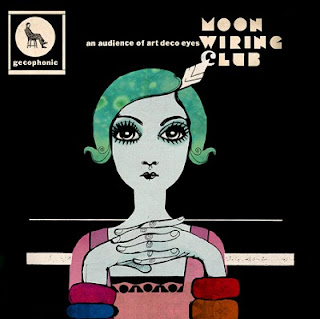 Familiar jauntily creepy shenanigans and future past re-imaginings. Most sounds sourced from television, film and dialogue snafflings from public service broadcasts submerged amongst odd percussion and bleeping Radiophonic burblings. What is it about the repetition of de-contextualised phrases such as "key too small" and "the picture in the house" that summon up all kinds of Armchair Thriller uneasiness? Go figure. Track titles tell a similar story: An invitation to shoebox garden; Some cobwebbed limbo; Dumpley's acrostics. It's not all atmospherics though and there are quirky melodic delights aplenty herein.

Open up your inner ghost box. 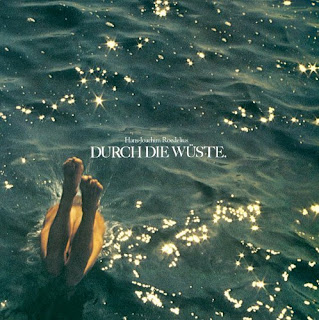 First and arguably finest Roedelius solo album. Put together over a two-year period at Cologne studio of redoubtable Conny Plank, Durch Die Wüste is a fresh-sounding masterclass in ambient kosmische experimentalism with nary a dull moment. Opener Am Rockzipfel is alarmingly rockist at first in its gnarled, phased guitar solos and funk-spelunking basslines but there gradually emerge all manner of peculiar sonic interludes, presaging a 14 minute analogue voyage into bewitching tape details and fizzing modulatory experiments of title track that follows. Highlights keep on coming: blissful, poly-instrumental arpeggios of Glaubersalz; Mr Livingstone's pentatonic pitchwheel antics carve out Chinese-inspired harmonies while freeform percussion clatters through vintage echo reels; Regenmacher thrives on easterly beat developments against electronically morphed recordings wrapped up warmly in the wind and rain.

Somewhere in the background too trace evidence of the mind of contemporary mucker Eno at work.

A highwater mark of German electronic music and not to be missed. 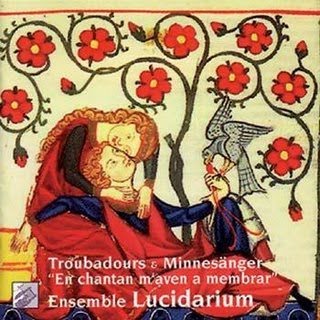 A pleasing range of love songs, polyphonic voices and instrumental pieces. Tabor, shawm, bagpipe, dulcian, colascione, lute, viola da mano, hammer dulcimer etc etc all present and correct. A minor quibble stands on correctness: the polish and refinement of the playing are tangible outputs of well-schooled classical musicians. Some roughness around the edges would be welcome. On the plus side, y brawd can attest this is perfect listening for smoothly soothing a raging hangover... 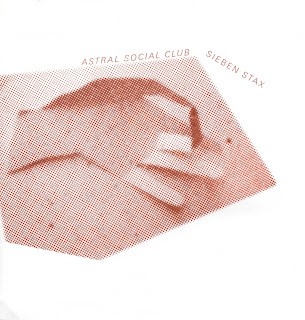 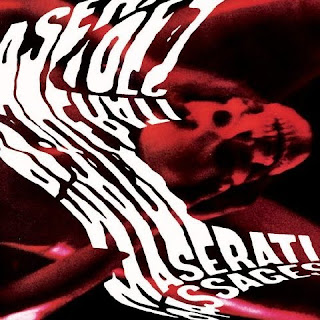 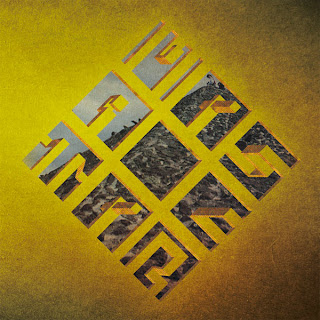 Pyramid of the Sun offers more cosmic synth-prog, heavy on the krauty motorik. Arpeggiating synthesizers and clanging teutonic guitars  - what's not to like? 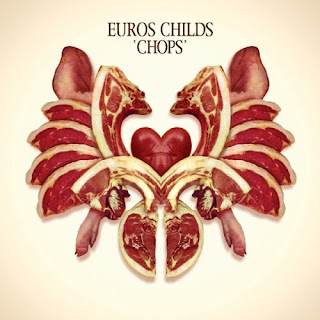 A shame that only three of the songs are in Welsh as these are the strongest tracks, not least because Euros lets his hair down and lets rip.

If squelchy pastoral pop's your thing  - and why the heck not - then tuck in. 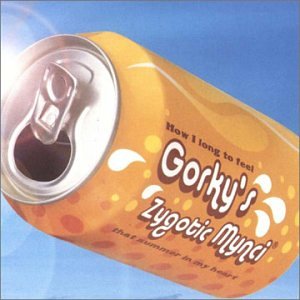 Now's as good a time as any to look forward to summers past. Moving at a gentle even pace through hazy nostalgia for worry-free, school-less days, Richard James brings the whoozy campfire psychedelics; Euros Childs his gift for fab four melody and all round joie de vivre.

Drift away into the blue. 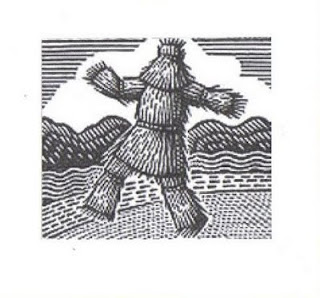 West Sussex native Clive Murrell debuts modestly with a 50 CDr format run on Cuffern. Given that two songs have Welsh titles, Y Brawd is guessing that Cuffern refers to a village in Pembrokeshire Wales. Whatever, what we have here is a quietly unassuming acoustic folk album in the pastoral vein and a pagan light patina: Summer Isle meets Camberwick Green.

Apart from a few voice samples, it's an all instrumental affair.  Does not re-wire the wyrd meme like Alasdair Roberts or experiment like Richard Youngs but for all that offers up some more-ish low-key delights. 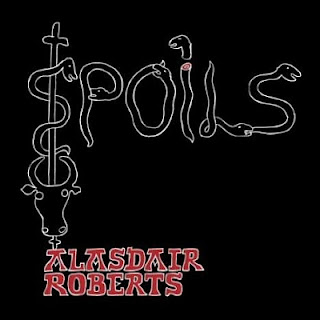 Esoteric, mystical, roiling and magnificent. And that's just the opening track. Enter a world where a broken crocus grows out of a woman’s breast; Mithras and Jehova commune; cities fall and rise ("first there is a mountain..."); empty-handed hunters return, eternally; viol vies with hurdy gurdy; mammon rhymes with Slamannan; disquieting calls for a world rebarbarised make perfect sense; a desacralised cosmos is not acceptable; and neither are plunder and spoils.


A beautiful and instantly gratifying listen. 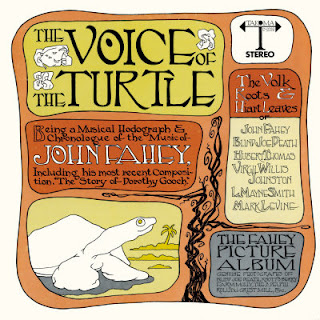 For lo, the winter is past, the rain is over and gone;
The flowers appear on the earth;
The time of the singing birds is come,
And the voice of the turtle is heard throughout the land
- The Song of Solomon
Y Brawd once heard Country Joe tell of how at a 60s gig supporting CJ&The Fish, Fahey stopped mid-virtuoso solo, promptly left the stage, peed, resumed his seat on stage (bottle at  feet) and re-commenced the solo in the exact same locus he had left off. Technique and eccentricity the man did not lack.

The Voice of the Turtle is something of an early curio in the canon. Wildly eclectic, using collage ambience over and above straight ahead virtuosity. Herein expect to find: guitar and flute combos, vocal duets (including overdubs with his own pseudonymous persona Blind Joe Death), experimental psych, excursions into white noise reverb, and baffling interpolations from original 78 recordings (Bean Vine Blues #2 is in fact The Easy Winner recorded by The Blue Boys in 1928).

Still retaining an overall traditional tone, there is an underlying darkness and tension that, along with the variety, make this Y Brawd's favourite Fahey collection. Magic.

The Songs of Jimmie Rodgers A Tribute - Various [1997] 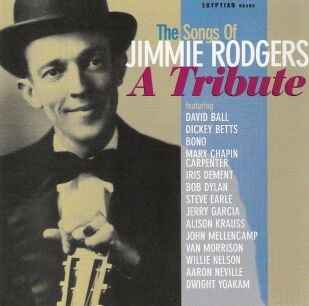 "Jimmie Rodgers of course is one of the guiding lights of the twentieth century whose way with song has always been an inspiration to those of us who have followed the path. A blazing star whose sound was and remains the raw essence of individuality in a sea of conformity, par excellence with no equal...His message is all between the lines and he delivers it like nectar that can drill through steel. He gets somehow into the mystery of life and death without saying too much, has some kind of uncanny ability to translate it...We don't salute ourselves in making this record but we point you back there so you can feel it for yourself and see how far off the path we've come. Times change and don't change. The nature of humanity has stayed the same. Jimmie is at the heart of it all with a seriousness and humor that is befuddling, notwithstanding that infamous blue yodel that defies conjecture. His is the voice in the wilderness of your head...only in turning up the volume can we determine our own destiny."

- Bob Dylan
Dreaming with tears in my eyes - Bono salutes himself; stick with it, it gets much better from here on in
Any old time - Alison Krauss swings
Waiting for a train - Dickey Betts and wins
Somewhere down below the Mason Dixon line - Mary Chapin Carpenter heads South
Miss the Mississippi and you - David Ball sure is sad and weary
My blue-eyed Jane - Bob Dylan reads between the lines and gets to the heart of things
Peach pickin' time down in Georgia - Willie Nelson, the old goat
In the jailhouse now - Steve Earle, and he should know
Blue Yodel #9 - Jerry Garcia, David Grisman & John Kahn nail it, like nectar that can drill through steel
Hobo Bill's last ride - Iris DeMent's voice defies conjecture
Gambling bar room blues - John Mellencamp does good, times change
Mule skinner blues - Van Morrison is baffling and most likely befuddled
Why should I be lonely - Aaron Neville is the voice, turn it up
T for Texas - Dwight Yoakam shows that T is also for Tedious and Trite, ah well.
Oddi wrth y brawd
is it rolling bob?
Posted by Y Brawd at 7:39 PM 0 comments